School of Global Studies and Languages

The School of Global Studies and Languages faculty specialize in a range of research fields that deal with some of the most important contemporary and historical issues, including global health, media and culture, environmental studies, social and political justice, language and cognition across cultures, migration, food studies, and more.


Programs within the School of Global Studies and Languages

For more than ten years, the University of Oregon Chinese Flagship Program has been providing students with the wholistic academic and scholarship support they need to develop professional-level proficiency in Chinese while studying any academic major of their choice.

The Spanish Heritage Language Program (SHL) is designed specifically for students who have a personal, familial, or community connection to Spanish. In SHL courses, you learn about Spanish and Spanglish as they are used in the US and in the wider Spanish-speaking world, build on your existing knowledge of Spanish, and make meaningful connections with local Spanish-speaking communities.

With tribal, academic and community partners, we establish collaborative, ongoing projects that meet the specific needs and desires of each language community. We also provide outreach services on issues of language endangerment and advocate for language revitalization.

An innovative program for the study of less commonly taught languages—if three students or more suggest a language, we find a qualified tutor and put together a program.

Professor Loza’s co-edited volume, Heritage Learning, introduced the theory, research and classroom application of critical approaches to the teaching of minoritized heritage learners, foregrounding sociopolitical concerns in language education. Both Beaudrie and Loza open with a global analysis, and expert contributors connect a focus on speakers of Spanish as a heritage language in the United States to broad issues in heritage language education in other contexts.

How did race become such a flash point in modern society, and why does it remain contentious in our genomic age? In this first-of-its-kind trans-disciplinary podcast, biological anthropologist Jim Bindon joins with cultural anthropologist Lesley Jo Weaver and historian of science Erik L. Peterson to explore our species' centuries long debates over how to define biological and behavioral difference, and why it continues to matter today.

Professor DiNitto’s book Fukushima Fiction: The Literary landscape of Japan’s Triple Disaster introduces readers to the powerful literary works that have emerged out of Japan’s triple disaster. The book provides a broad and nuanced picture of the varied literary responses to this ongoing tragedy, focusing on “serious fiction” (junbungaku), the one area of Japanese cultural production that has consistently addressed the disaster and its aftermath. The book is a winner of the Choice Magazine Outstanding Academic Title 2020.

Give to the School of Global Studies and Languages

Learn More About Giving to CAS

The UO is one of the top universities in the nation to study languages!

Whether you want to learn a new language or conduct research in a language you’re proficient in, GSL offers students 18 languages to choose from. We rank #9 in Romance Languages, #6 in Spanish, #5 in East Asian Languages, #4 in Chinese, #4 in Japanese, and #6 in all Foreign Languages for annual degrees awarded.

(Source: The Chronicle of Higher Education, 2019.)

Explore all languages that are taught in-person at the UO 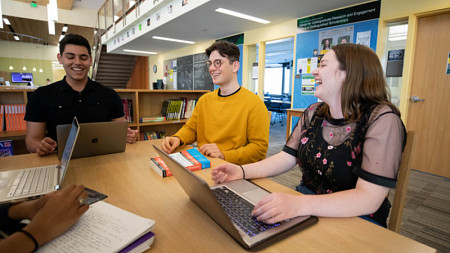 NEH grant helps fund new global public humanities curriculum
June 13, 2022
Using language skills and cultural knowledge to tell stories that will make a difference are among the goals of a new program at the University of Oregon, which recently received funding from the National Endowment for the Humanities.